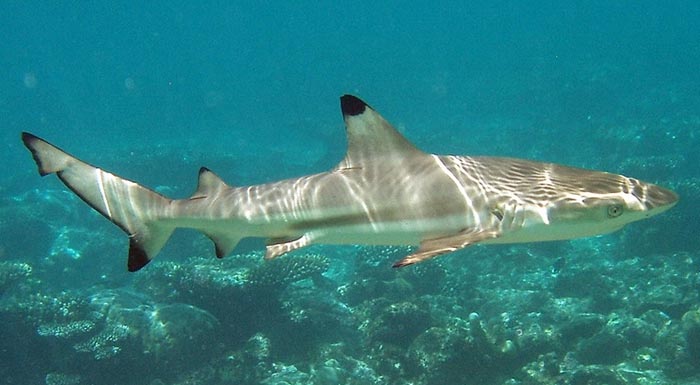 .
Unusual and growing sightings of sealife is emerging in Thailand, which scientists attribute to the absence of tourists and fishing boats during the Coronavirus pandemic, reports Captain Charlie Dwyer and Gordon Fernandes, co-founders of Asia Pacific Superyachts, heading up Koh Samui and Phuket respectively.

As reported in the Reuters, The Phuket News and other media, a fisherman in the Gulf of Thailand enjoyed a rare encounter with pink dolphins, which scientists say are becoming bolder in the absence of tourists. Pink dolphins are extremely rare and are appearing more often in the Gulf Thailand, near Koh Phangan and Khanom by Koh Samui.

.
Chaiyot Saedan, a fisherman recently provided a video of his experience to Reuters, showing the three pink dolphins swimming close to a fishing boat in calm waters off Koh Phangan, a neighboring island of Koh Samui, remarking, “I was so impressed, because I never imagined I would get to see pink dolphins”.
.

“Due to less traffic with the coronavirus lockdown, dolphins now have a more comfortable habitat, and that’s why they tend to show up more.”

.
Khanom is an island in the southern Surat Thani province near Koh Samui and recognised as being a home for pink dolphins. There are just 150 of these pink dolphins living around the Gulf of Thailand, according to the director of the Phuket Marine Biological Centre.

.
Observing pink dolphins along the coastline shows that the environment is clean, with a healthy ecosystem. Thailand’s pink dolphins are a subspecies of the Indo-Pacific humpback dolphin and are listed as a vulnerable species by the International Union For Conservation of Nature.

.
Other recent sea life news, reported in The Thaiger on April 30, 2020, announced the hatching of 200 baby turtles born at the beach in front of the Banyan Tree Samui on Koh Samui.

.
one of Thailand’s top hotels on Koh Samui.

.
Between April 4 and 24, three nests hatched on the secluded beach at Banyan Tree Samui resort, and a total of around 200 baby turtles emerged under the watchful gaze of the hotel’s resident marine biologist, Thepsuda Loyjiw. Staff at the hotel made the discovery of nests on the beach in front of the hotel early in March. Since a giant mother turtle laid the eggs on the beach, they’ve matured in the protective custody of Loyjiw’s team and the local Department of Marine and Coastal Resources.

.
“It was heartwarming to watch the baby turtles being born, and then scurrying to the sea. Ever since the mother turtle laid her eggs on our beach we have been protecting them from predators such as birds and monitor lizards, and gauging the temperature of the eggs to make sure the hatchlings would be given every chance of survival.”

.
Jack Guy and Carly Walsh, CNN • Published 20th April 2020… Some Thai beaches have seen their highest number of sea turtle nests in 20 years. (CNN) — Wildlife around the world is enjoying the lack of human activity due to coronavirus lockdowns, and sea turtles in Thailand are part of the trend.

.
Some Thai beaches have seen the largest number of turtle nests in two decades, according to Kanokwan​ Homcha-ai, a supervisor at the Mai​ Khao Marine Turtle​ Foundation. Homcha-ai said in a telephone interview with CNN on Monday that researchers have found 11 sea turtle nests on Phuket, the highest number of nests in Thailand in 20 years. Phuket is Thailand’s most popular resort island, and a major tourist attraction has been on a strict lockdown due to the coronavirus outbreak.
.

“This may have positive impacts on the environment in marine conservation in the long term as well, “Homcha-ai said. “Not just sea turtles, but other marine species such as dolphins and dugong that live in the region have also increased in numbers according to government survey, such as hermit crabs and other food sources for marine animals.”

On May 3rd, while Than Bok Khorani National Park staff were checking the area, they came across dozens of Black Tipped reef sharks swimming and feeding along the shores of Koh Hong in Krabi province, reported The Thaiger.

They reported that there could be a group up to 50 Black Tipped reef sharks with a body length of almost 1 metre. They were happily chasing after mullet fish around the shores of ​​Koh Hong. A rare sight according to the marine officials and the 2nd time in the past month after the closure of Than Bok Khorani National Park in Krabi province due to the Coronavirus crisis.

.
The headman of Koh Hong National Park Protection Unit explained a group of blacknose sharks and a variety of fish began to swim and seek food along the beach, where before, they would hunt in deep coral reefs.

“This phenomenon shows the abundance of nature and ecosystems, combined with no disturbance from human activities, are causing sea creatures that haven’t been near the coastline in a long time to return during this period.”

Dugongs (sea cows) have been seen frolicking off the coast of Trang, a pod of false killer whales appeared near Koh Lanta, and endangered leatherback sea turtles have been laying eggs on beaches in numbers not seen in years.

.
Captain Dwyer and Gordon Fernandes commented, “The absence of tourism and fishing boats due to the Covid-19 crisis have brought about a thriving resurgence of sea and marine life to Thailand.  There are lessons to be learned from the way wildlife is thriving now”. 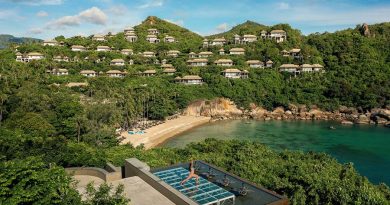 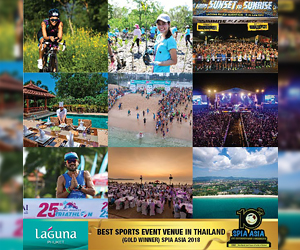 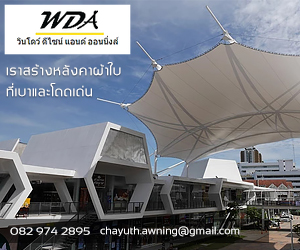 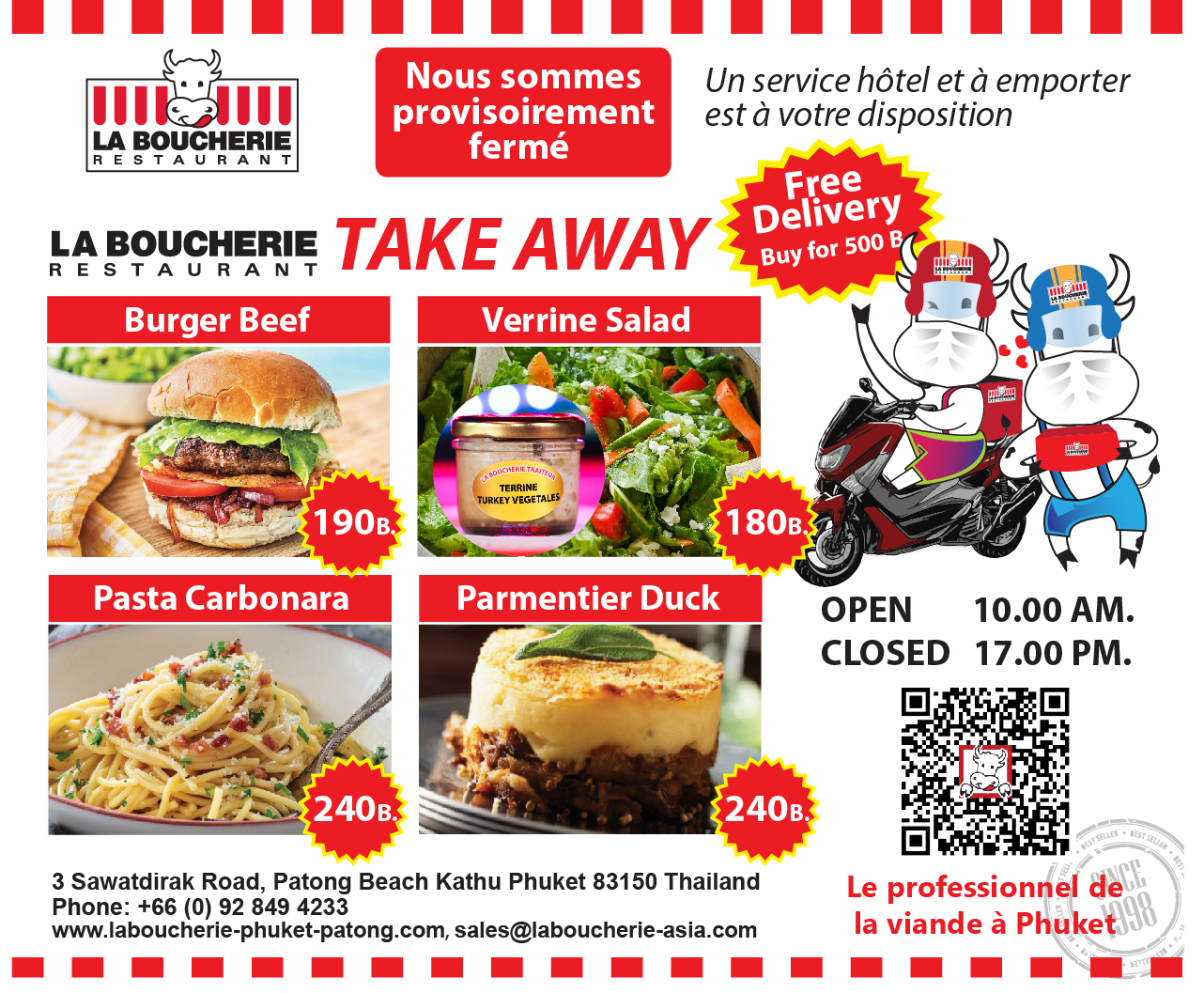 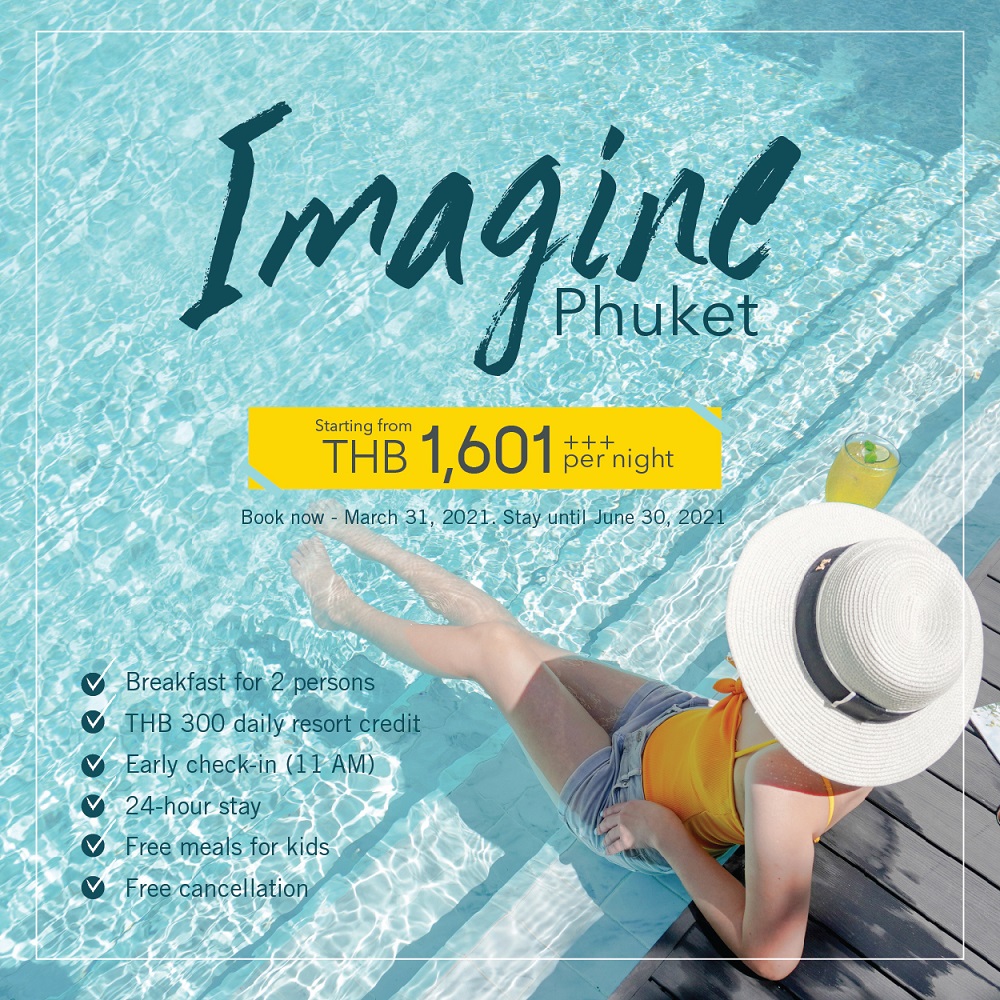 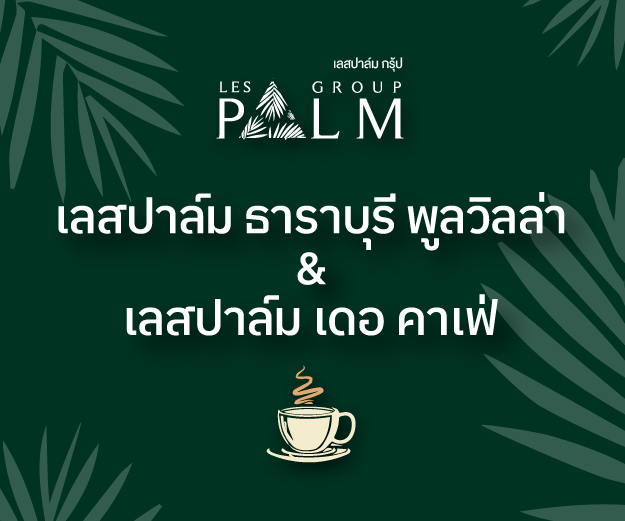 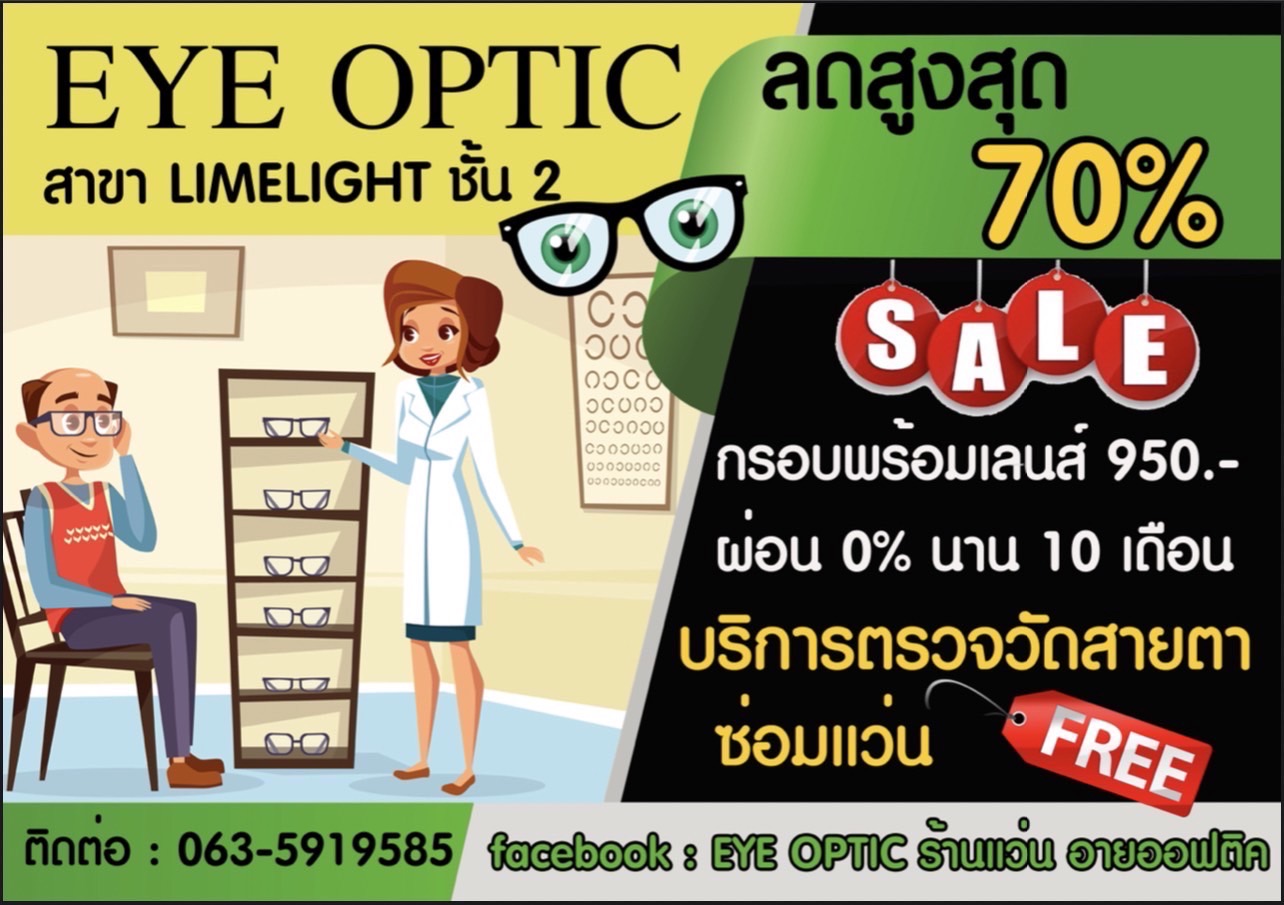 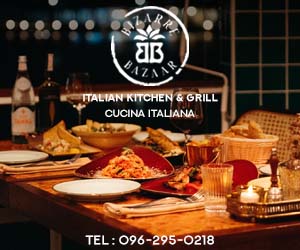 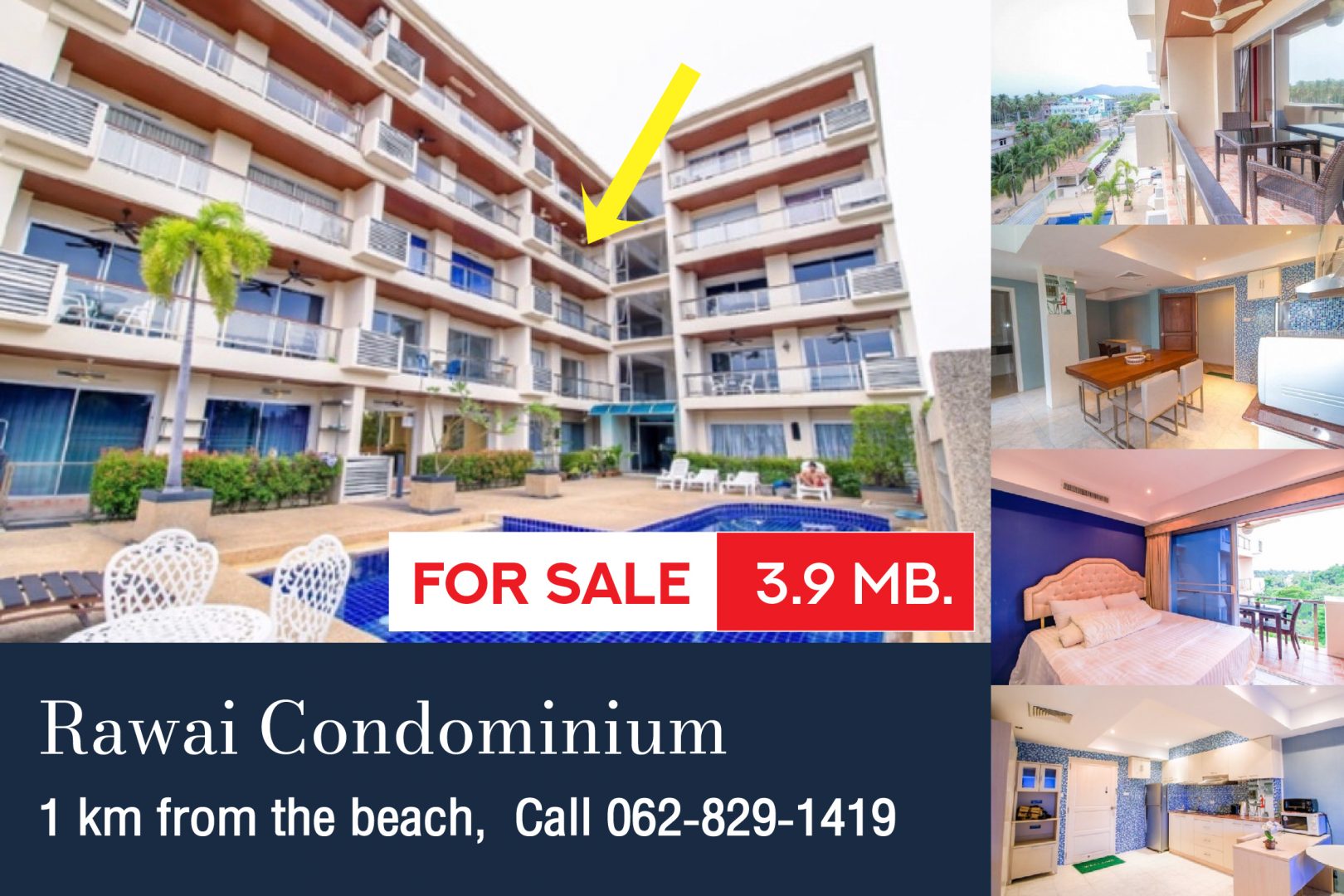 A JOLLY BIG SALE at Thanyapura!